Notes from the Tea Shop 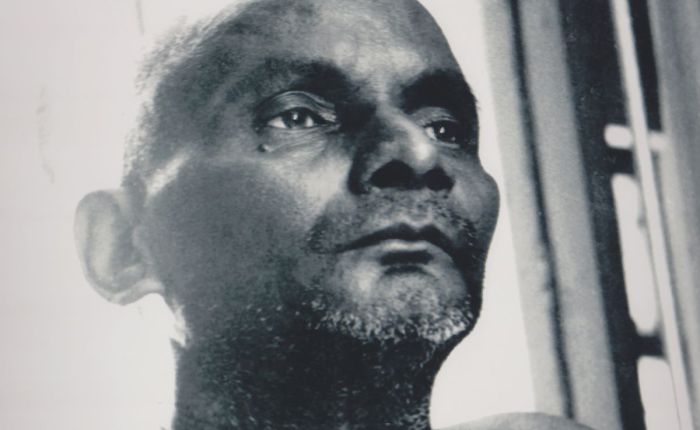 Bhagavan Nityananda was born in South India, of humble parentage. At an early age he adopted the life of a travelling mendicant, and visited the length and breadth of India, perhaps even going overseas. While still a relatively young man, he arrived in the vicinity of Ganeshpuri and his travels ended. He sat in Ganeshpuri for the rest of his life, absorbed in his inner state.

Bhagavan had many disciples, some of them of great yogic attainment. Among them, Baba Muktananda stands out. If Bhagavan was the formless, unmoving Shiva of the universe of the Siddha tradition, Baba was his Shakti. Baba translated Bhagavan’s inner state into a whirlwind of creativity and teaching. He gave form to the formless. He took Bhagavan Nityananda’s power and wisdom to the whole world.

In recent years I have documented the careers of spiritual teachers who have descended from Bhagavan Nityananda on the website Nityananda: The Living Tradition (www.nityanandatradition.org). All the branches of this powerful modern spiritual lineage harken back to the source: Bhagavan Nityananda.

When you sit in Bhagavan Nityananda’s samadhi shrine in Ganeshpuri, you experience the sheer force of his spiritual presence. One devotee described it to me as ‘raw Shakti coming up out of the earth’. I can’t disagree.

For most of us, this is more than enough. But for devotees who still retain a soupçon of intellect, there does exist a collection of the verbal teachings of Bhagavan Nityananda. Coming from his younger days in South India, between 1922 and 1924, they show Bhagavan answering questions and commenting on things in an oddly compelling, aphoristic style. One of his major devotees, Tulsi Amma, recorded and collected his utterances. Nityananda told his devotees that these words came from the Chidakash, the space of cosmic Consciousness. Hence, these texts have become known as the Chidakash Gita, the song or speech of higher Consciousness.

Some devotees have had doubts about the authenticity of this text. However it does, for me, seem to answer the question, ‘If Bhagavan Nityananda gave teachings, what would they be like?’ I can see Bhagavan making these utterances. They are completely unique in the entire spiritual field and extremely quirky. Yet, they are filled with conviction and higher wisdom. Bhagavan uses village imagery and metaphors of travel by boat and railroad to depict the spiritual journey. It’s all there; teachings about the Guru, the Self, the Kundalini Shakti, the sacred syllable Om, prana, meditation and so on. I can’t resist giving a few examples.

Fear is an imagining of the mind. To the inner eye there is no fear. It is impossible for a blind man to describe a wagon. For the man without a Guru, there is no resting place in the world

A ripe banana is sweet, the green fruit is hard and sour. Yet both fruits were on the same tree, only the timing is different. The young plant is easily uprooted, the old tree stands firm. So also, the mind should stand firm, whatever people say to you or about you. Make this your sole purpose.

The head is the ocean of delight, the seat of bliss, the thousand-petalled lotus, the seat of liberation. This knowledge is not found in books, it is inherent in the brain.

In order to make planks of a wooden beam, it should be sawed up and down. Similarly, breath should move upwards and downwards in the body. It should be led into the Ajna chakra (third eye) and made always to move in an upward direction.

In Pranayama, Pooraka is drawing up the breath. Kumbhaka is retaining the breath. Rechaka is exhaling the breath. These three kinds of breath are from within. Nothing is taken from outside. While thus the practice is going on, the Prana will move only in the sushumna nadi (central nerve). We then feel the internal joy. Who can describe this Brahmananda? The outside world will then be forgotten. We will then be in the world beyond.

When you see the dawn in the heart sky, it is possible to describe it. One must experience these things in oneself.

Until a baby is six months old, he knows no differences. A true yogi is like this baby.

Raja yoga is like climbing to the roof of a building and looking around below. Raja yoga is the king of all yogas.

Arise, kundalini-delight! The match is in the box. The fire is in the match. Strike the match and light the fire.

Only with great restraint can I stop here …

Many years later I discovered that there is, indeed, an oral tradition of Bhagavan’s Ganeshpuri utterances. I have become a collector of these yogic gems. I heard the first one from the late Chakrapani Ullal. Chakrapani was a devotee of Bhagavan Nityananda and later travelled to the West with Baba Muktananda, as a devotee, friend and adviser. Later he became a celebrated Vedic astrologer in Los Angeles, the ‘astrologer to the stars’. He mentioned that Nityananda used to say over and over, ‘Bhavana rakho!’, which Chakrapani translated as, ‘Keep the feeling!’

A yogi has to always attend to his feeling state. He has to be alert to the downward shift of feeling and look for upward shifts. From a certain perspective, yoga is simply the skill of remaining in a state of peace, love, joy and contentment.

This phrase speaks to me like no other. Bhavana rakho sums up the yoga we practised with Baba. The ashram was a psychic pool seething with Shakti, tests, and pitfalls. Our job was to follow the schedule and also to ‘keep the feeling’. The practices were designed to burn out the tendencies that took us away from our centre. Sri Aurobindo used to make the same point. He said the first job of a seeker was to stay in a calm and peaceful state. Only then, he would say, could the Force work on one. Aurobindo’s Force, of course, was the same as Baba’s Shakti, and while we had to be very active in expelling our negative tendencies, we had to be passively receptive to that higher power.

Sometimes we feel that the universe is set up against us: to deny us what we want. Perhaps it is set up perfectly for us in a different way – to teach us what we need to learn. Bhavana rakho says that it’s not about getting what we want, it is about being peaceful no matter what happens.

I expressed my sadness that we had none of Bhagavan’s teachings from his Ganeshpuri days to one of the temple priests. I expected the usual platitudes, but the priest surprised me. He said, ‘Oh no, there are five of his teachings that everyone in the village knows.’ These are the teachings he shared with me:

Typically for Bhagavan Nityananda, these few aphorisms cover a large ground. They indicate every kind of yoga, emphasising the control and discipline of the mind. For example, shuddha bhavana (pure feeling) suggests bhakti yoga, the yoga of devotion. The word bhavana describes an emotional attitude. A pure bhavana occurs when feeling is directed towards God.

Vishala manas (expanded mind) suggests jnana yoga, the yoga of intellect. Vishala means ‘broad or expansive’. The seeker should make effort to keep his mind open. There are unlimited possibilities, not just a few. An expansive mind is noble, not weighed down by mundane concerns. A mind that contemplates G-Statements, or mahavakyas, like, ‘I am Shiva’ or ‘I am the Self,’ becomes vishala manas. It always seeks connection with the Divine. Such a mind is exalted and creative.

Nirmala manas (clean mind) and nishchala manas (steady mind) suggest the raja yoga of Patanjali. A clean mind is a mind beyond attachment and aversion (raga/dvesha), which darken and contaminate mind and emotions. Nirmala manas suggests the yogic quality of vairagya, non-attachment. Bhagavan Nityananda was the embodiment of non-attachment. No worldly pleasure or success could draw him away from the enjoyment of his own inner state.

Nishchala manas strongly echoes Patanjali and other raja yogis who stress mental discipline and control, and discourage emotional excursions. Such a mind does not go up and down, but has acquired one-pointedness and stitha prajna, steady wisdom.

Sabh mati hai (all is dust) emphasises vairagya, detachment from desire and fear. It should be understood that the main feeling implied here is not that of disgust at the world, but rather relief in the realisation that there is nothing more important than your relationship to God.

Later, the priest remembered another saying: mana mantri buddhi raja, ‘The mind is the prime minister, the intellect is the king.’ I recognised this one from the Chidakash Gita. It suggests the proper ordering of things; what is lower must be subordinated to what is higher. Human beings should be ruled by the highest principle and not their lower nature. The tail should not wag the dog, wisdom should rule the emotions. As Shakespeare said, ‘Take but degree away, untune that string/And, hark, what discord follows!’ Yogis have their priorities right.

In a later trip to Ganeshpuri, I met Niranjan Suvarna, the son of the photographer who took most of the well-known photographs of Bhagavan Nityananda. Niranjan continues in his father’s footsteps and has completed a documentary on the life of Bhagavan. Because he is interested in everything about Bhagavan Nityananda, I told him of my adventures in tracking down his teachings. To my delight he gave me another one: Atela vishvas: ‘Have total faith.’ This is bhakti yoga, the attitude of a perfect devotee. Such a yogi believes implicitly in the word of the Guru and also in God’s benevolence.

If any reader knows of any other of Bhagavan’s later teachings, please let me know …